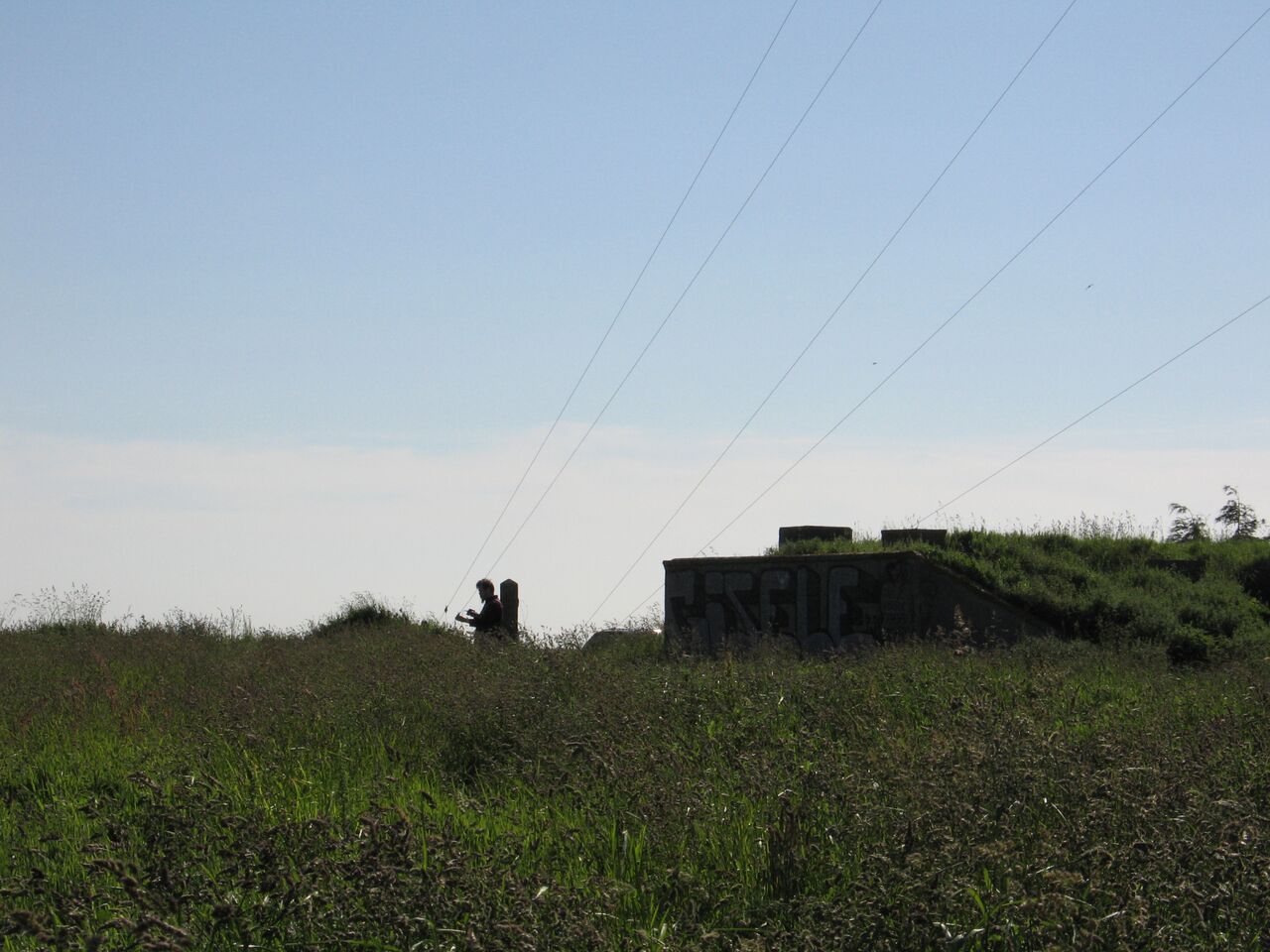 Patrick McGinley (aka murmer) is an American-born sound, performance, and radio artist based in Southern Estonia. At Pixelache 2015, he'll be leading the Echo Surveys for Living Spaces workshop (which starts two days before the festival, continues through Thursday, and culminates in site-specific performances on Saturday evening). He will also be performing solo as murmer in Sunday's Krunan keikat concert.

We wanted to get a little deeper into Patrick's methodology so we asked him a few questions about his working methods and the workshop. 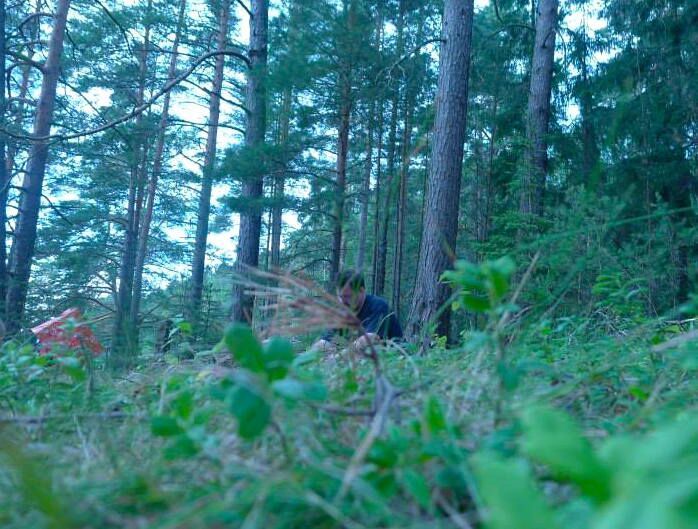 Pixelache: You've worked in a lot of different cities, leading workshops and performing. How would you say cities differ from one another according to musical properties such as rhythm, pitch, and tempo?

Patrick: All spaces (cities or otherwise) have their own sonic properties and identities, unsurprisingly. They vary according to, well, everything, really: history, industry, population, building materials, geography, climate, etc, etc, etc. Seaside towns vs. massive metropolitan centers vs. lots of green space vs. warm summer nights vs. medieval streets. I've worked in several cities that are surprisingly quiet: Tartu, Maribor, Berlin, even parts of Paris; and many that are almost unbelievably loud: Taipei, parts of London, New York... When I think back to cities I've worked in one thing that often comes to mind is how open they felt (or didn't feel): Berlin and Barcelona, for instance - both in my memory are quite spread out, open places, which of course affects their acoustics, while cities like Riga or Brussels feel more tightly packed.

When you are finding the sonic properties of objects such as railings, benches, or other urban fixtures, do they share a commonality across different locations? In other words, does a park bench in Taiwan sound the same as a park bench in Helsinki, and if not, why not?

I wouldn't say they sound the same, but I would say there are categories of thing that I'm in the habit of looking for and exploring. So while a park bench in Helsinki probably sounds completely different from one in Taipei, I'm likely to find that out, because I'm likely to go tapping on park benches. There are commonalities in the way we construct our spaces - benches, railings, lightposts, squares, parks, riversides or lakesides, bustops, stairwells, etc, and I find it interesting to explore these commonalities in different places and find out what's uncommon about them -- what are they made out of? How old are they? Are they hollow? Which parts resonate and which don't?

I've noticed, having seen you perform a few times, that you aren't satisfied with the traditional audience-performer relationship. Do you make a conscious effort to overcome this? Do you find that primarily working with field recordings and other "sound art" tools makes that more challenging than if you, say, played guitar or saxophone?

I come from a performance/theater background, and I think this has had a big influence on the way I view my live performances, the opportunities and challenges they present, and my relationship with an audience. I'm not so interested in coming into a club with my pre-prepared set of sounds and playing a piece I wrote through a massive sound system so that is sounds exactly the same over a dozen concerts. To me, a performance is an opportunity to work directly with a specific space, with it's specific acoustics, at a specific moment, and with a specific group of people, who can affect the outcome of what we all hear through their own presence and engagement. If I have the time, I will perform in a space using only sound that originates from that space itself - by spending a day or more there on my own, exploring the materials present there and digging in dark corners, making recordings and playing with resonances, and then performing there using those recordings along with live found materials, and involving the audience in collective actions, if they are willing. I like to use acoustic sound, and smaller types of amplification - battery-powered speakers that can sound from the location of what they are amplifying, sometimes radios and transmitters, sources outside the space, etc. I say I "work with field-recording" in general, but I quickly realised that my interest in field-recording is an interest in space, and so live I'd rather work with the space I'm in than play back recordings of other ones. 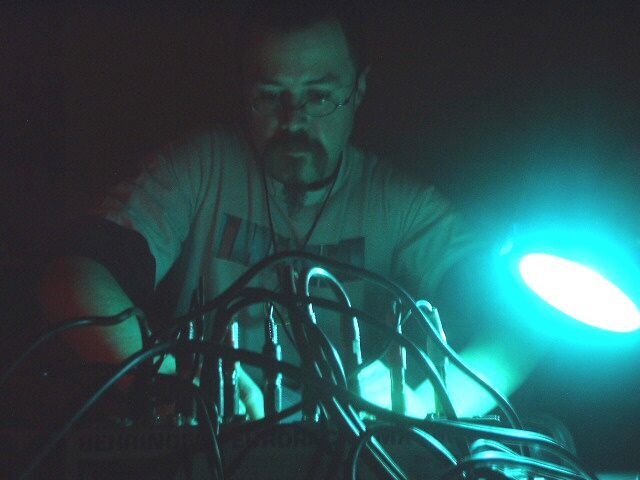 Connection with my audience is also very important to me. I've never used a laptop on stage - somehow the screen to me represents a physical barrier, it's almost exactly akin to the "4th wall" in the theater, the artificial separation between performer and audience. I don't feel like I'm in the same space as an audience if I'm in the space of my desktop, and that's not what i want. I also prefer to be in the same space as my audience - that is, not to be up on a stage, but to be right there amongst them, where i can hear what they here and we can be in direct contact.

What sort of people are your ideal workshop participants?

My ideal participant will be ready to listen, curious to explore their own perception, willing to play and be part of a group, good at concentrating, and attentive to detail. Willing to come to the pub for post-workshop discussion is also a plus.

Echo Surveys is a four day workshop, which really gives people a chance to immerse themselves, as opposed to, say, a short afternoon session. But from your side, how does your preparation differ for something this intenseive, and how will the interactions with the participants differ?

I prefer longer workshops, as it gives a specific group time to get to know one another, make discoveries and progress together, and really explore the ideas that will come up in depth. We'll be spending a day preparing ourselves and our ears for what we're going to do, and then a day each in each our selected spaces, exploring materials, acoustics, playing together, recording, and ultimately preparing a series of live performances that will happen during the festival's main weekend. So this will be a real journey, not just an introduction to an idea, or a taste or what's possible. We will have the time to follow a complete arc from start to finish and really create something together. 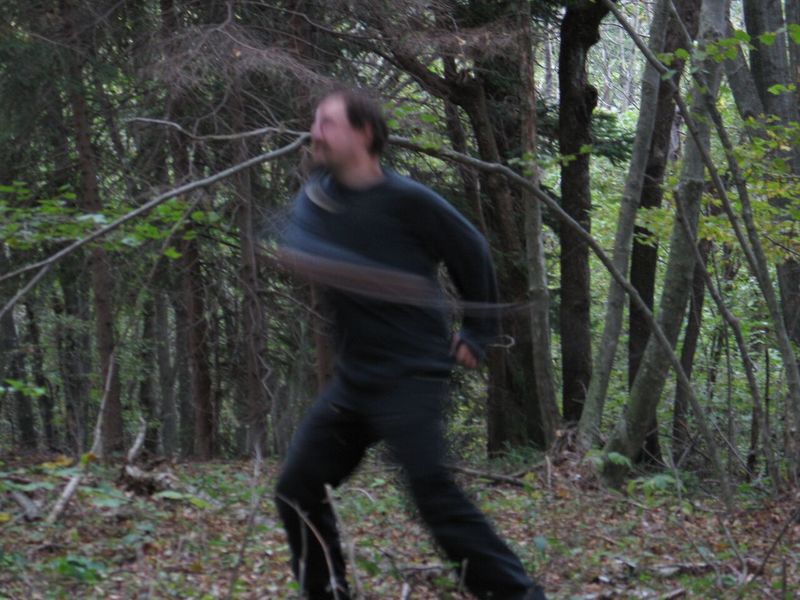 What are your feelings about the idea of professionalism vs. amateurism or hobbyism, in sound art, music, and the culture field in general? In particular, how you relate your own work and pratcice to this divide (if you see a divide)...

I don't really see this divide - or anyway I don't have an idea of where the line should be drawn. What makes me professional and another person amateur? I explore a certain set of ideas, and put as much time and energy into those explorations as I feel I can, and others do the same. Some achieve amazing things with far less time or energy than I, and some whose work i don't appreciate spend far more time, and earn far more money. Who is the professional? Anyone who's ever been in a band while studying or working shit jobs knows that amazing work can come from anywhere, and from any circumstances.

What are your thoughts about the overall Living Spaces theme, and your expectations for the experience?

I'm very excited about Living Spaces, and this name really speaks to me and my work, which is all about spaces, and the 'lives', past, present or future, that they contain. A lot of my work has been about abandoned spaces, about the echos (hence the name Echo Surveys) of gestures and past presences. I can't wait to get to Helsinki and begin the preparatory work of choosing the spaces whose lives we will explore and give voice to during our workshop.

Echo Surveys will be a sonic exploration of, and interaction with, a series of found spaces around the city of Helsinki. We will focus our activity on improvised sonic actions in which we attempt...