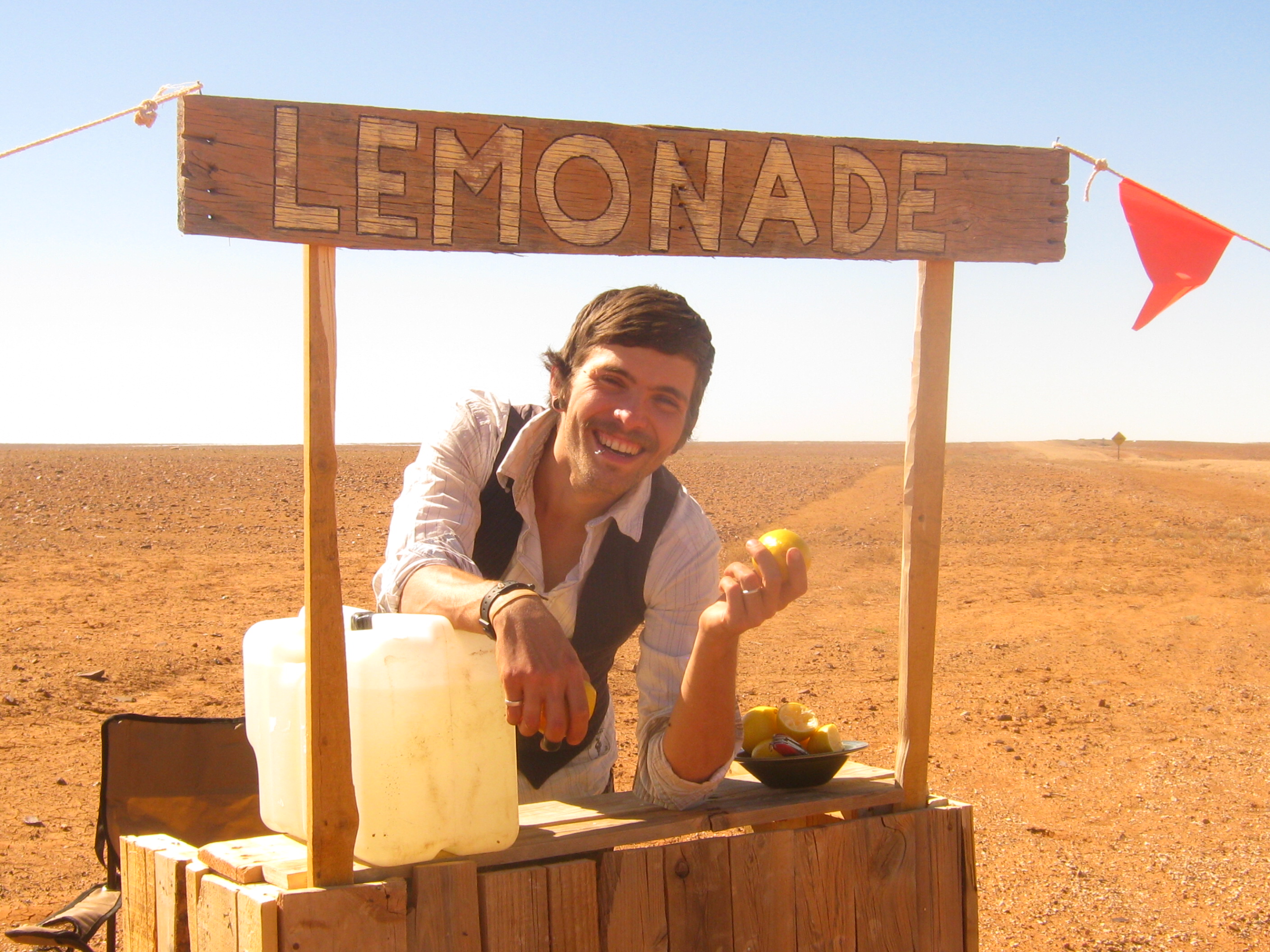 Justin Tyler Tate is a Canadian-American artist who is a founding member of Error Collective. Error Collective are the creators of the Recycling Olympic Games, first in 2013 and now as part of this year's Pixelache Festival. Registration is open to participate in the games, which take place the weekend before the festival starts, and you can apply either individually or as a team. We asked Justin a few questions about the games, and also about his own background.

Pixelache: What was the story behind creating the original Recycling Olympic Games in 2013?

Justin Tyler Tate: I can't remember exactly. I think Jan Pankovets and I were asked to propose something for the 2013 Pixelache Festival. We had a meeting at his former community organization, RoNK, which was located at Polymer Culture Factory in Tallinn. Somehow during the meeting we developed the main points and ideas which would become the Recycling Olympic Games (ROG). ROG was kind of a natural development for us: Jan and I both use recycled materials as well as alternative processes often, though for different reasons. A competition, to me, is something which can spur innovation and collaborative development. Also, Helsinki has more than enough waste on the streets to support the event. 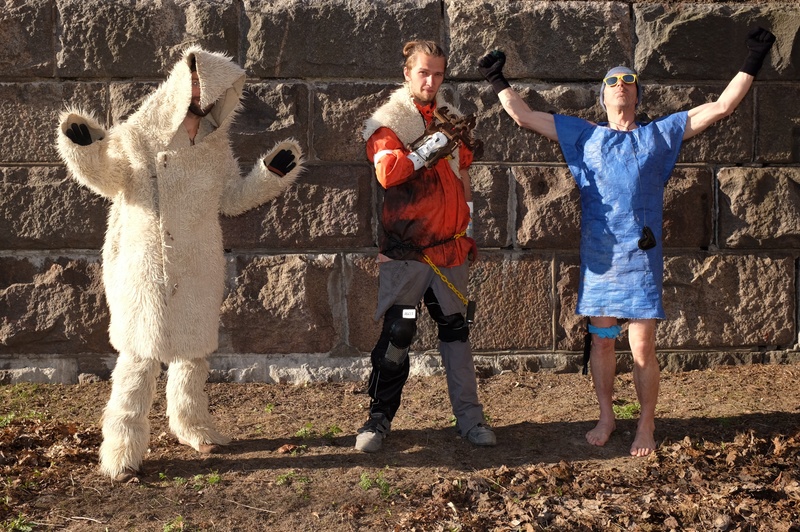 What is your goal (personally, and artistically) for this year's Games? What must happen for you consider them to be a 'success'?

If the participants/attendants have fun and learn something then ROG is a success....of course it would be great if the event has more participants/teams and more people who are interested to see what's happening and support the participants.

Your work usually involves building or constructing things, yet with a real utility beyond mere aesthetics. Do you feel a connection to the so-called 'maker culture' movement? How do you think your work differs from this scene?

I think there is probably a lot of overlap in the reasons behind why I build and why a 'maker' builds...to solve a problem, to learn something new or to put together a puzzle. Where I would draw a line of difference between what I do and what a 'maker' does is that I have the specific goal of putting my work within a context of contemporary art and art history. 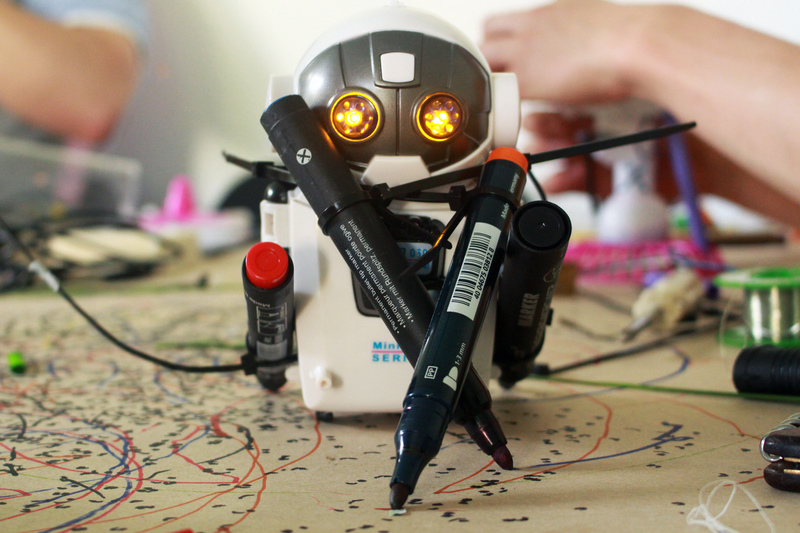 You are a big fan of the workshop format as an artistic process - and your past activities such as Fake It Till You Make It really open up and demystify pedagogical process. Do you feel any sense of ownership for your ideas, in the sense of intellectual property or otherwise?

I feel some ownership but I'm happy to share. If someone wants to use one of my ideas/photos/whatever, I expect that they attribute that it to me and they don't make profit from it. Certainly I learn a lot from other people and I try to follow the same principals when redistributing  knowledge.

You've worked and lived in the Baltic region for a long time, mostly in Tallinn. Now that you are moving to Helsinki, do you think your experiences in Estonia have prepared you for life here? What differences do you see in the ways that culture activities are organised in the two places? And do the audiences behave differently, accordingly?

It seems to me that living in Helsinki is so much easier than in Tallinn, so yes, I feel pretty prepared for the move; finding a cheap flat is probably the hardest part. Part of the reason I moved away from Tallinn in early 2013 was that the ground-up, DIY style of organising activities seemed to have diminished to the point where there wasn't enough interesting activities worth staying for. An abundance of that kind of organising was the main difference between the two cities, but now the main difference is probably just that there is more cultural money in Helsinki. Certainly in Tallinn I can remember audiences getting really into the events so the line between spectator and spectacle was blurred, something I haven't seen in Helsinki, but I am not sure how often this happens in Tallinn anymore. 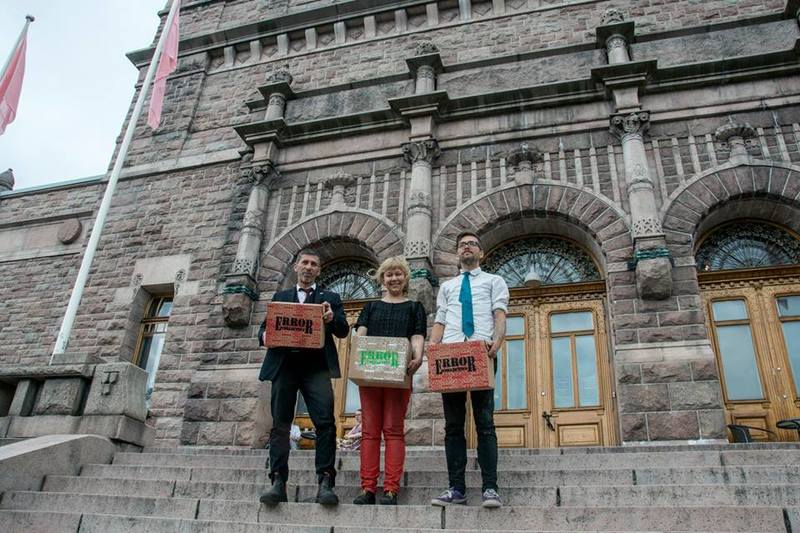 Irony and humour is often present in your work with Error Collective and alone, yet (in my opinion) you manage to avoid cynicism. How does the sense of play enter your projects? Do you and the others start from a playful premise, or does it just naturally happen because of your personalities?

I/we just don't take ourselves so seriously. In my solo work as well as with Error Collective the goal is to play, learn, experiment and hopefully to do something interesting because of the process. It's not a conscious decision to use humor/irony...It's just how I/we think. Error Collective is something like family; sometimes we can fight or have misunderstandings but mostly we joke, have fun, travel and build things together so it's just natural that our collective production is also imbued with this kind of intimacy.

What does 'Living Spaces' mean to you? How does ROG fit into this concept?

To me, 'Living Spaces' is a relative term which can be defined so broadly that it essentially means nothing. But the challenges in the ROG competition really are directed towards the creation of a space for living. The goal for ROG participants is to transform a disused space in Helsinki for creating a house, kitchen, furniture, trashion and so on by using what they know and what they can find. Not only does the competition seek to transform a single space but it also hopes to have ripple effects, upon the way the participants/spectators see refuse, making all spaces a bit more livable.

Register to compete in this year's ROG here!
(All photos by Justin Tyler Tate except where credited differently)

The Recycling Olympic Games (ROG) is an alternative sports event that is focused on creative waste reuse. During ROG, international teams compete for the title of “UpCycling...