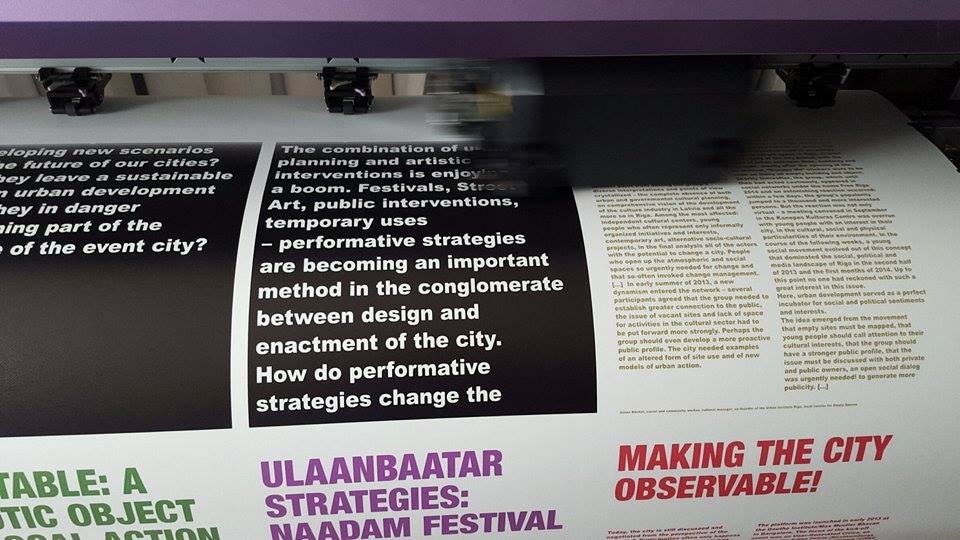 Pixelache presents, in collaboration with Laituri and Goethe Institut, the Helsinki exhibition of Weltstadt: Who Creates the City?

Weltstadt is a Goethe Institut project that examines the effects of change across a variety of cities worldwide: Bangalore, Belgrade, Curtiba, Dakar, Johannesburg, Lisbon, Madrid, New York, Porto Allegro, Riga, Salvador, Seoul, Toulouse, Turin and Ulaanbaatar. Weltstadt attempts to connect projects in these cities that respond to the pressures of flux with innovative and unconventional approaches to planning, participation, empowerment and organisation.

The exhibition will be shown at Laituri from 25 September through 17 October, with an opening event at 16:00 on Thursday, 24 September (as part of this year's Pixelache Festival). At the opening event, Weltstadt editor Leona Lynen will give a tour of the exhibition's five sections (New Middle Class, Self-Organization and Public Administration, The City as Collective Perforance, Informal/Formal Strategies, and New Civil Society).