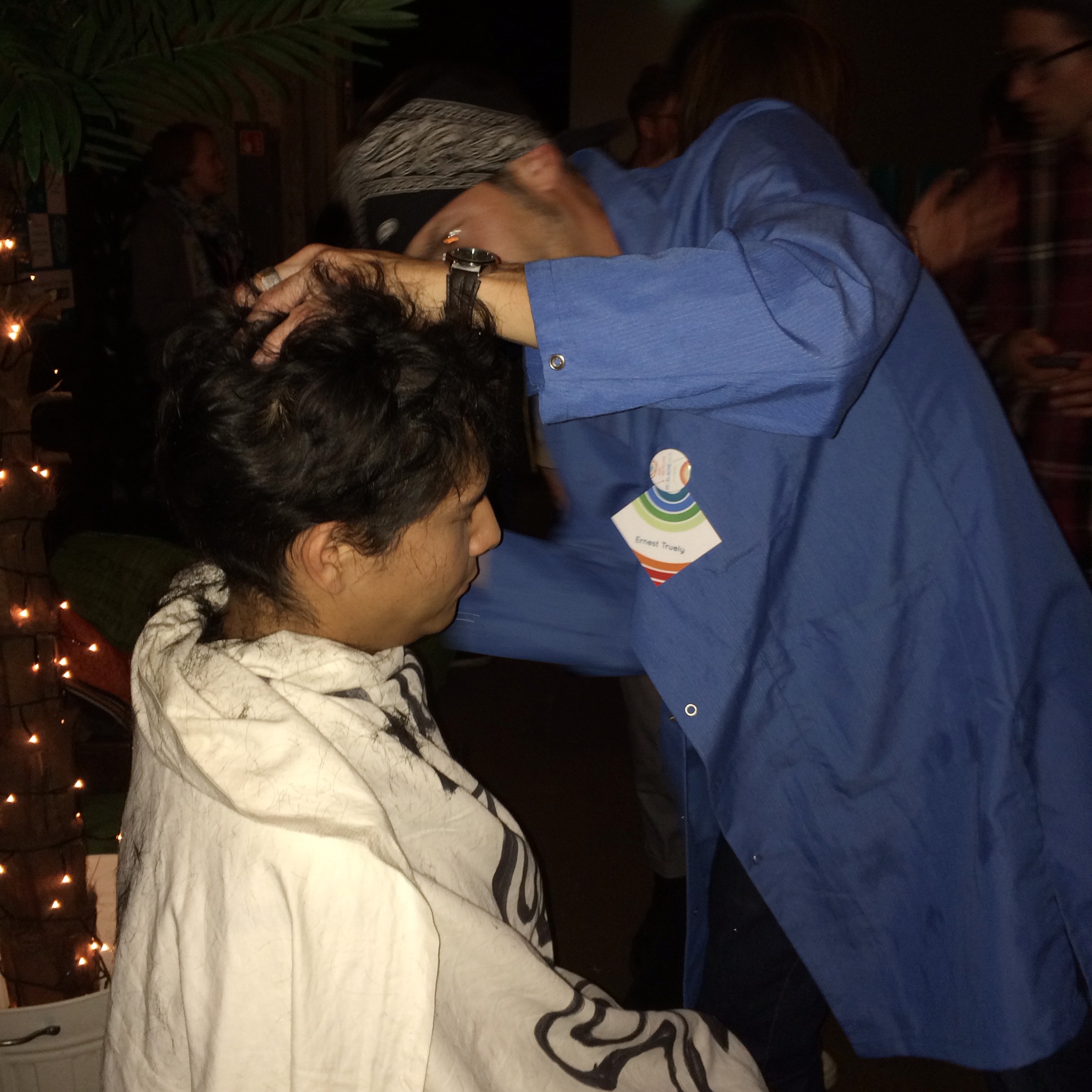 Thanks to everyone who helped make day one of Living Spaces such a success! There were great discussions at Foodycle, many haircuts given at the opening, and all manner of surreal weirdness at How To Inhabit a Transitory Space.

Today offers even more activities! How To Inhabit a Transitory Space remains open, 24 hours per day, until 18:00 Sunday. Yesterday included video installations, opera singing, random people visiting from the street and a dance party. Who knows what today will bring? You can read an interview with Egle here.

Lotte Bender's Street Line Critics - On Tour starts today from the tunnel underneath Kulosaari metro station. For the next three days, Lotte will be there between 12:00 and 18:00. For more about the project, check out this interview with Lotte.

The Alpaca Oracle participants are already en route to Lohja! Thanks to everyone who joined up; we'll be sure to post documentation of the experience after they are back. You can read an interview with Mari Keski-Korsu, the artist behind the project, here.

The Living Non-fictions working group continues to go around different activities and encourage festival participants to share what they witness, with motto "best in presence" at the Pixelache Clubs and Kino 43 or via social media using #pixelache #livingspaces #helsinki tags.

We have two exhibition openings today. First, at Laituri, is the Helsinki opening of Weltstadt - Who Creates the City?, an archive of approaches to urban space. The opening will feature a guided tour of the exhibition by its editor, Leona Lynen, and a moderated panel discussion about Helsinki's urban issues with her and architect Hilla Rudanko, Goethe-Institut Finland director Mikko Fritze, urban activist Maija Faehnle, and Helsinki City Council member Otso Kivekäs. It starts at 16:00 and ends at 17:30, and you can read an interview with Leona here.

At MUU Galleria, Pixelache presents an exhbition by STRATAGRIDS. 'Worlds Waiting To Happen' is a 3-part video essay about the aesthetics of measurement as part of a culture of sensing, using much found footage. Note: this opening is from 17:00 - 19:00 -- not later, as incorrectly printed in our programme.

Finally, Alan Bulfin and Pii Anttila's The Fight Night game launches at 19:00. Space is extremely limited in the apartment - only 8 people can fit at a time. As people come and go, information will be posted on the front door, so we suggest finding a nearby café or bar to hang out in, and move back and forth between. The flat's owner will kick everyone out at 21:00, but Alan has promised us that The Fight Night will continue as long as anyone wants to play, either in a bar, or maybe a park - so we'll see how it goes (and stay tuned to our Facebook and Twitter feeds for updates).

We're not sure quite yet where Ernie's Pop-Up Spa might pop up, but I guess that's the idea.