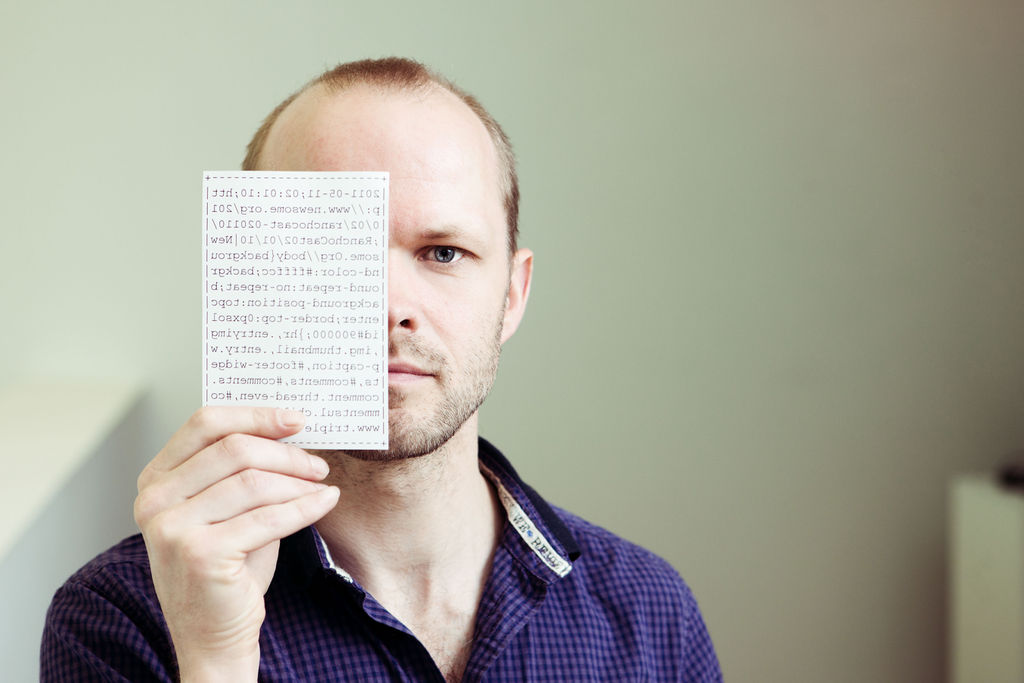 Mindaugas Gapševičius is a Lithuanian artist currently based in Berlin. He has been involved in the forefront of open-form pedagogical art experimentation in the Baltics and across Europe, and is a pioneer in Lithuanian Internet-based art and culture. Mindaugas, or "Miga" as he is known, comes to the Pixelache Festival this year to lead the human-non-human interfaces workshop at Third Space. The workshop is currently full, but you can still register for the waiting list (if somebody cancels or drops out).

We asked Miga a few questions....

Pixelache: Workshops such as yours, which are very experimental in content, often can be difficult to explain to those seeking more traditional educational objectives. As someone who has always blurred the lines of pedagogy and art, do you ever find the framework of the 'workshop' limits or obstructs research because of people's preconceived expectations?  Or does it have the opposite effect?

Thanks for the question. It feels like you already know my answer, or, there is an answer in between the lines. And this answer is rather philosophical. People are different and they expect different input if, say, deciding to join one workshop or another. Like in a university, you wouldn’t take all the classes; instead, you would select the ones from which you would benefit the most. So the framework of the ‘workshop’ turns to be same if limited as open.

In my case I try making workshops as experimental and creative as possible. First of all, for me, it is a new challenge every time. Secondly, I expect people to get something more from these workshops than simply covering traditional educational objectives. Otherwise it would be enough to Google or YouTube things.

As to the effect or expectations, again, some people would probably not understand the message of the workshop, but others would be more than happy. At the end, I believe that any social act (or in this case, workshop) is constructed in such a way that you share your knowledge, so in any case there is some exchange. And exchange is something that I look for. 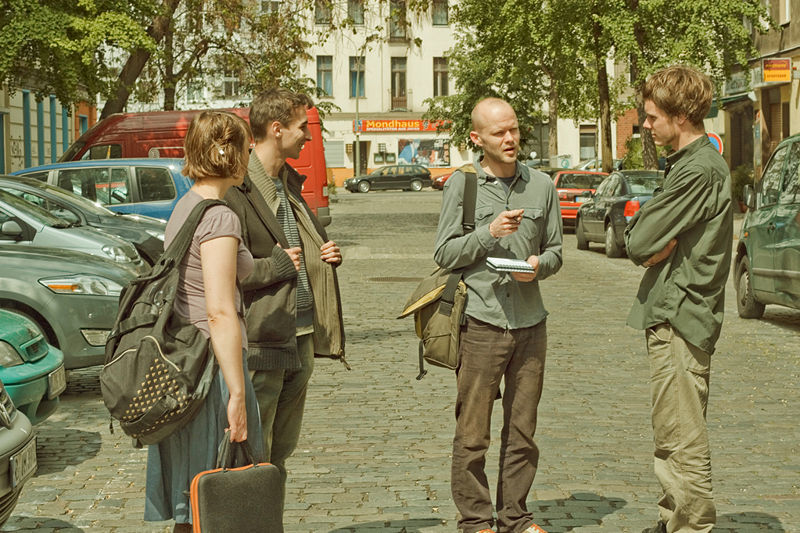 You were behind the Migrating Art Academies project, which aims to expand the boundaries between art education institutions and more open-form artist-run platforms. Now that MigAA is wrapping up (or at least transitioning), what do you think were its major successes?

Thanks again for the question. To tell you the truth, I haven’t thought yet about any successes, so the success is already in your questioning. On the other hand, I think that the academia should be more open and accessible to people outside the system. Having reached the point when Vilnius Academy of Arts is seeking further similar workshops, and other organisations are happy to be included in future collaborations, I think that a framework such as the MigAA is needed,  and is seen as having positive results.

What have you learned are the limitations of such free-form laboratories, and how have you adjusted your own approach over the years?

Limitations? I see just one limitation: there are always more people willing to attend the workshops than we have places for, so at the end we have to say “no” to some applicants. Being a judge is not the best feeling, because we play somehow with people’s fates. On the other hand I try to always involve more people into the decision making, so I am not the only one to make those decisions. At the end it is a democratic voting process, the sum of pro and contras, till we come up with a final decision. 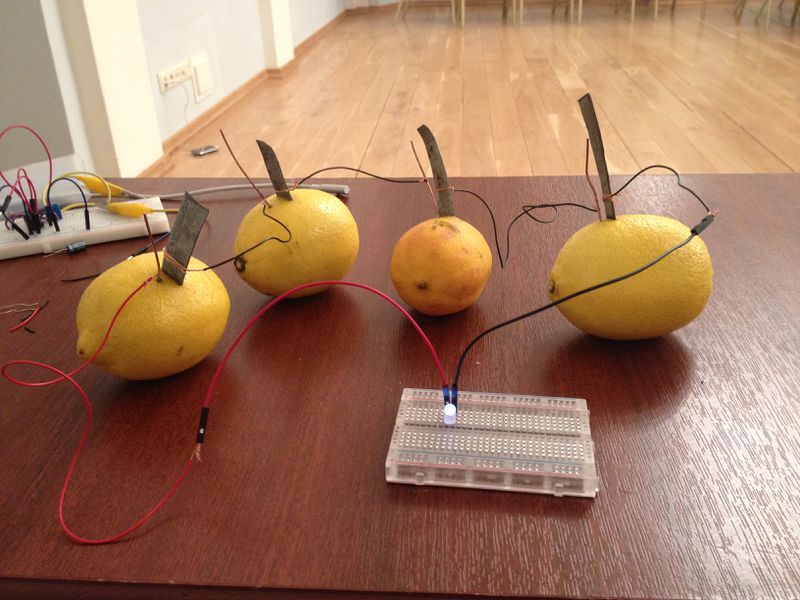 The human/non-human interfaces workshop is looking at 'space' in a more abstract way than many of our other events; in this case, the conceptual space between the living and non-living is being explored. How do you see the workshop's potential outcomes as related to the issues of urban living and creative mis-use (which we hope the festival is encouraging)?

Of course I was thinking of your proposed "living spaces" topic a bit too narrowly, but from my perspective it's a problem I currently work with. First of all, my living space is not necessarily my habitat - the city, friends, home - but rather all together including current discourses, politics, economics, and finally our minds. So for me, my "living space" is again a bit of a philosophical question: what is living, and what are the borders of living? If the traditional biologist would say that life has the ability to reproduce itself, then what if a printer would start printing a replica of itself? Of course, there are many details in-between, and there is no need to go into those details here, but referring to my interests and my "living space" I think of electricity, one of the most important factors of urban living. What does it mean, lighting up an LED with a couple of stones, resistors and capacitors in one's hands? What does it mean, triggering one's brain with electrical signals? How do we understand communication between organisms over man-made interfaces? How does the translation of electric impulses to digital values and vice-versa work? So at the end, I try to consider my thoughts and my workshop not as a physical output or taught tricks, but rather as a posthuman discourse: who we are, what does it mean to be creative, what are our future tasks, and similar questions. By thinking in these categories I believe that my input will have some value in the overall discourse you are trying to highlight with this festival.

What is your ideal workshop facilitator/teaching environment? Can you describe what would make the human/non-human interfaces workshop a fulfilling experience, for you?

I would say my ideal workshop facilitator/teaching environment is openness, there are no any special needs or requirements.

I've always been impressed with how you manage to balance the mundane aspects of being an artist (applications and reports, paperwork, bureaucracy) with your own research and experimentation (also while pursuing a PhD and having the foresight to run long-term projects). What's your secret?

I am not so sure if being able to manage applications, reports, arts, and research all together at the same time requires any secret. You do it as well as I do. On the other hand, doing many things as good means you lack some perfectness compared to doing things separately. For example, if I would write more applications, maybe I could do more MigAA events? Or if I would do more arts, maybe I would become a better artist? But it is so boring to do the same thing all the time!

What does the term 'living spaces' mean to you?

Ah, I have probably answered that question while answering your fourth question. For me, 'living spaces' is probably more than a habitat. It includes also current discourses.