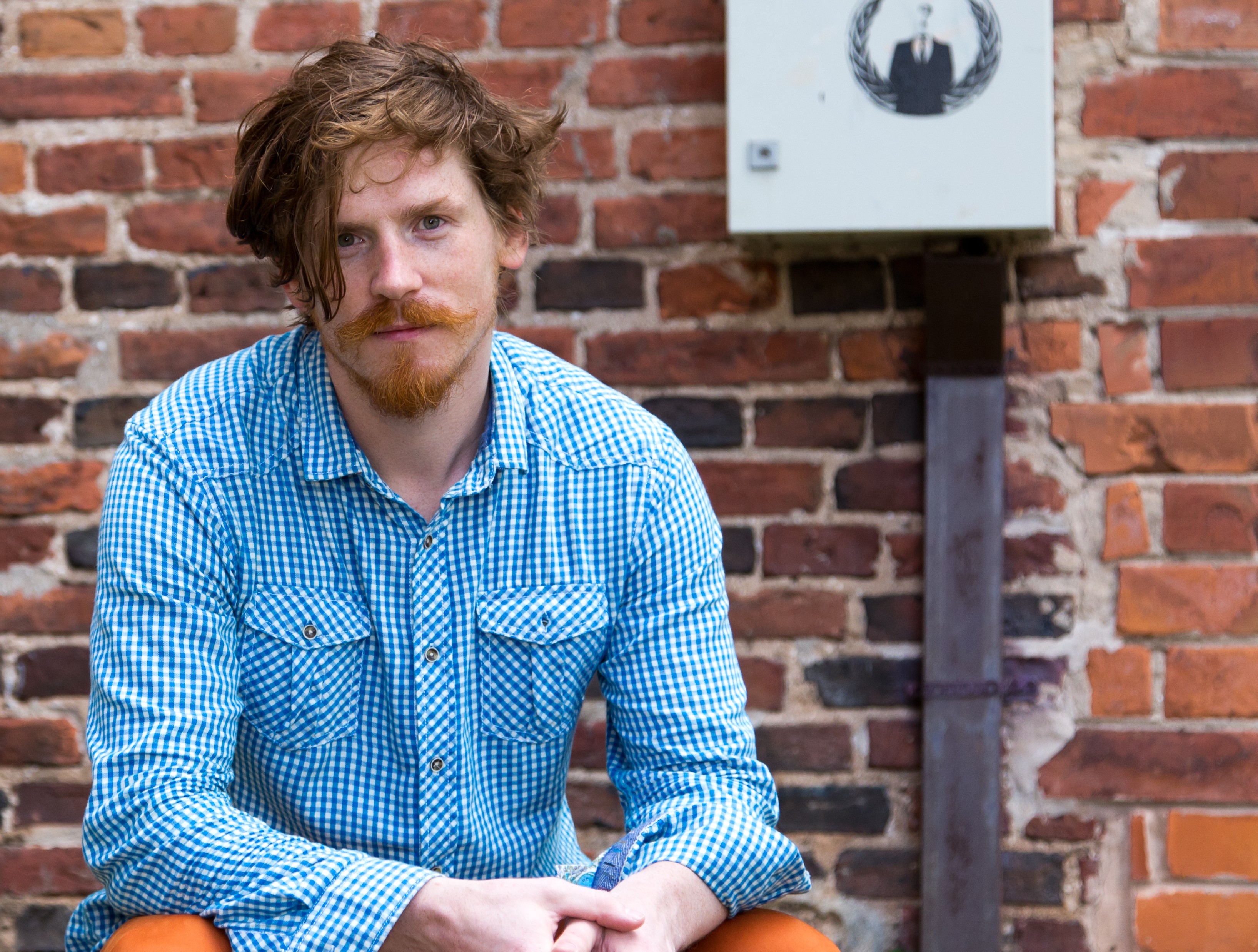 Tomorrow at Laituri is the mesh networking workshop, where participants will explore the potential of stand-alone wireless networking which can be a decentralised, peer-to-peer alternative to traditional Internet backbones. The workshop is led by Märt Põder, of the Estonian Pirate Party and Tartu Hackerspace. We asked him some questions about the workshop....

Pixelache: In what ways do you find the mesh network workshop more interesting than a typical "tech"-based educational workshop?

People behind active mesh communities confess that they once started with the idea of building a special kind of network with some intrinsic value, but most of their success still comes from offering free Internet and enabling free sharing of files.

This is an interesting phenomenon, because compared to the Internet meshes have some promising properties that essentially differ from it:

These properties create a feeling more similar to that of BBS communities of early 90s than to ubiquitous Internet.

However, the technology behind the mesh networking is not too extraordinary. Although some witty algorithms are used to choose best routes for information packages transmitted in a decentralised network, it's quite basic ad-hoc wireless networking. The technical part of the workshop focuses on installing the software needed to start experimenting with a mesh and the services that can be built on it.

After getting a handle on how the basic mesh networking works, the most interesting part is what use we can make of it and if we can put some mesh specific properties to work.

Considering it that way, it's not primarily the technological question that needs an answer, it's the question about how we can make some meaningful real world use of the concept of mesh and what social need are we are trying to satisfy with it.

For technical platform we use Raspberry Pi single-board computers, because it's convenient and adaptable for whatever use cases we may think of, be it from the viewpoint of software, hardware or even design. In real world usually OpenWRT compatible routers are used for better performance, but in some situations [1] it's even reasonable to create mesh networks using smartphones [2]. 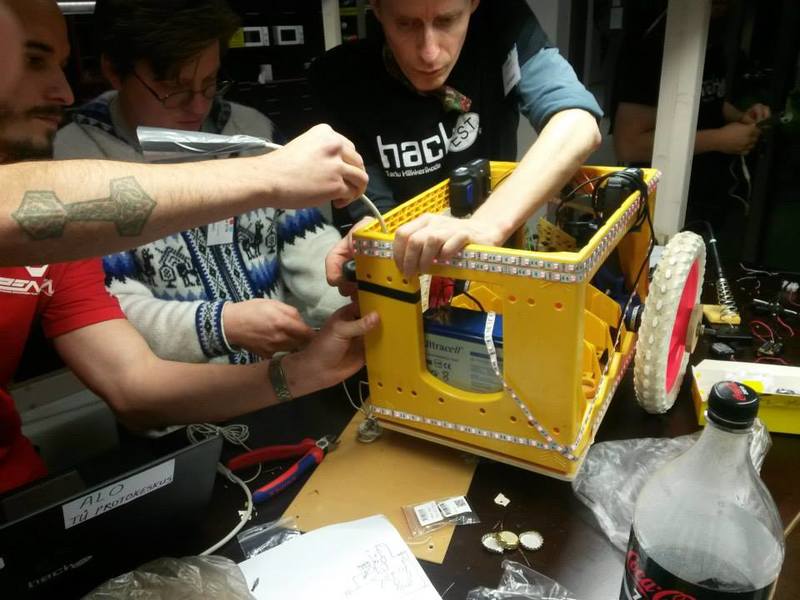 What sorts of possibilities do you imagine these technologies opening up, in terms of the larger sphere of human communication?

There exists widespread mesh networks and communities in different parts of the world: Freifunk in Germany, Funkfeuer in Austria, Wireless Metropolitan Network in Athens, Ninux in Italy, Guifi in Spain/Catalonia, libre-mesh in various places around South America/Europe, Hyperboria/Meshnet in North America/Europe and other similar projects in India, Ghana etc. Even in Finland there for already 10 years there exists panOULU, however in this project, mesh network functionality is only used for balancing backhaul at the infrastructure level and it is not open for the community to build on.

Freifunk is probably one of the most established of community mesh networks and has built also a social part around itself, offering common services like community radio, chatrooms etc, but besides some sharing of solar station data mesh specific properties are not used much. Also, even in the context of the current refugee crisis it's again free Internet that counts: Freifunk has made use of mesh networking to organize access to Internet for refugee centres in Germany.

From a bit more ideological perspective, commercializing network infrastructure and services has been seen as a problem already for a quite long time, with disputes over net neutrality probably being the farthest example of it. There have been initiatives to establish a new global network built on democratic principles and governed by users, but no matter how much cryptography you use, it still has this secondary status and sort of derivative value, if it's implemented as an extra layer attached to the Internet.

Mesh networks, being a truly independent network with its own infrastructure, is a possibility to really start anew, without the need to adapt existing networks with temporary hacks, even if in the beginning they need to be bridged somehow. But bringing people to mesh networks is in a large part a social (and not merely technical) problem.

Social innovation in digital networking happens quite unexpectedly; it's not the wittiest things that make a change, but simple satisfactions for some common needs. Google didn't invent the web search and Facebook didn't invent friend lists.

An example of one common need that mesh networks may satisfy is surprisingly popular neighbourhood networks like Nextdoor in the United States. There is a need to embrace face to face relationships among people living in physical proximity also to the digital realm. For example, it makes a great difference if you shout specific messages to people in a 100/500/1000 metre radius, or you shout it to everybody (or even certain lists of friends on Facebook).

Maybe you want to sell a bicycle, borrow a ladder, get rid of a sack of apples or a pile of bricks, go jogging with someone, find out where you can eat pancakes, invite someone to coffee, discuss new recycling regulations, find a missing cat or baby-sitter, decide what to do with noisy neighbours, etc. If you consider these wishes in the context of mesh networking, does it make a difference compared to having the same on the Internet?

But besides sending messages, you may connect your stuff directly to mesh networks for everybody to share. Is your car available for neighbours to borrow at the moment? Is there a queue for a community-owned concrete mixer? What about instead of having the 'Internet of things' which we occasionally hear about, we'd have a mesh of things?

What communication to allow on mesh network, how to categorize it, how to distribute the messages, how to avoid spam and other malicious activity -- these are all questions that need to be addressed.

Mesh networks can offer a decentralised and democratic infrastructure for that kind of communication. And at the same time, resilient and doomsday-proof mesh networks interconnected between continents can offer democratic replacements for the more and more commercial and corporate Internet.

And Facebook too: it isn't just waiting, but is willing to build its own stripped-down, commercial version of the Internet in areas where mesh networks could make adifference and would enable digital people power.

Does the story above make some sense? Could it be that people who more and more want to get off Facebook and maybe even off the Internet, who would prefer to get on a mesh instead? 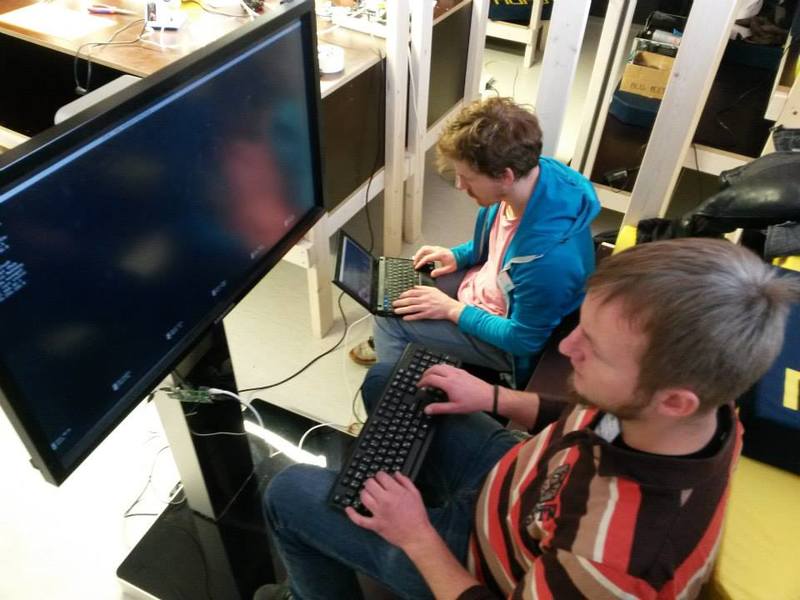 What should people expect from the workshop, in terms of learning goals and social interaction?

That depends remarkably on the participants.

I take my role as a facilitator to be a dictator who goes with the flow and sees that in one or another manner we sail through most the postulated issues, and that there will be a result for participants but also to a general public.

As such, the workshop is open to those with a technical interest in mesh networking as well as in the broader topics of its applications.

We provide some Raspberry Pi single board computers to install mesh networking software in smaller groups, but if you want, you can bring your own hardware to keep precise track of what you do. You should also bring your laptops to connect to Raspberries, but we could also use USB Wifi dongles, MicroSD cards, Micro USB power adapters and everything else that might help. If you dare, you can also install mesh networking on your laptop, but some Linux system is highly encouraged for that. For simplicity's sake I have prepared to use Debian derivatives for whatever needs.

By default we'll install infrastructure for the B.A.T.M.A.N protocol on our devices. This protocol with its extensions offers network topology introspection and the simple means to distribute arbitrary information in a decentralised manner. Although cjdns as one well-known alternative might be a good choice for doomsday survival networks with privacy built into its core, it's completely ignorant of wireless infrastructure and in this sense not directly usable for community services, that we want to explore as one major part of the workshop.

At any time, everybody is welcome to fork the mainline of the workshop to explore some meaningful detail.

I expect that at least some technical proof of concepts will be tested during the workshop, but as hacking takes time, I consider the workshop be more like a fantasy lived through some physical objects and not really a quest for a real technical solution.

My personal interest in this workshop is to chart different conceptions of mesh networking from a technological and even more from a social perspective in order to discuss its possible uses for creating community networks in urban areas.

We'll do the discussions in any suitable ad hoc unconference manner, creating meshes to discuss things on the fly and resetting the discussion once in a while in order to avoid death from cognitive overload.

I hope that some of the participants are also willing to write down their own notes and/or recipes of technical kind during the workshop to share and discuss these after, so we'll have some sort of joint report that we can commit back to the mesh communities worldwide.

Mesh networking is a decentralised model where each peer on the network is responsible for routing traffic through the network.  Mesh networks can be constructed, where sets of dispersed...